We have so many anabolic steroids to choose from; some strong, some a little weaker and anabolic steroids that serve every purpose imaginable but there is none more potent than that of Anadrol, was first developed in the 1960s by Syntex Pharmaceuticals as oxymetholone with means to treat muscle wasting diseases, osteoporosis and anemia. As should come as no surprise, being as this drug was developed to treat muscle wasting diseases it would soon find its way into the performance enhancing world, as is common.

Anadrol greatly increases protein synthesis, a key element in gaining muscle mass; further attributes include its ability to dramatically increase red-blood cell counts in the individual; this is the reason it was developed in the fight against anemia. Anadrol also belongs to a class of steroids that can greatly increase water retention; please make a note of the word Can this is not the same as Will. Although Anadrol can greatly increase the amount of water youre holding in your body what many athletes fail to understand is that ones diet greatly affects the amount of water that is held. Many competitive bodybuilders use Anadrol as part of their contest preparations in order to give them a fuller look at the end and if you know anything about bodybuilding it is that water is the enemy when youre on stage. Some individuals will be more sensitive to water retention while using Anadrol some not but either way the punch this anabolic steroid packs is unlike any other.

Most Anadrol users will use the drug as part of a stack in conjunction with other anabolic steroids. The most common administration of Anadrol is at the beginning of an anabolic steroid cycle the first four to six weeks. Anadrol is one of the more toxic oral steroids on the market and use much longer than six weeks is not recommended. However, most Anadrol users will only see substantial gains from the drug the first four to six weeks, so any longer is usually a waste. It is not uncommon for Anadrol users to gain as much as seven to ten pounds per week the first two weeks of use; generally the gains will slow down as the weeks continue. It cannot be stressed enough; a dramatic increase in weight such as this will not occur if one is not eating to fuel such a gain. Yes, weight will still be gained but it is largely dependent on the number of calories coming in.

Side Effects of Anadrol

Other common side-effects of Anadrol use include but are not limited to:

Although these side-effects can be very nasty, they can also be avoidable. When using Anadrol it is highly recommended you use a good aromatase inhibitor such as Anastrozole (Arimidex) to ward of Gynecomastia. Issues such as bloating can usually be eliminated with careful diet planning, however, Anadrol is such a powerful drug sometimes water retention can settle in the lower back region and cause a very uncomfortable feeling. As for Acne, as it is with all anabolic steroids and is with Anadrol buy human grade and normally youll be fine; however, if you are more sensitive than average some acne may occur. 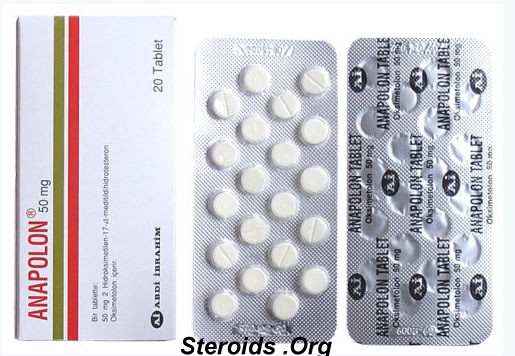 The next question and perhaps the most common, who is Anadrol for in-terms of the performance enhancing world and the answer is simple; anyone looking for dramatic increases in strength and size will find this anabolic steroid to be for them. Granted, the side-effects are strong, the Back Pumps many attribute to Anadrol use can at times be unbearable but if you can handle it there isnt another anabolic steroid quite like it.

Oxymetholone is one of the strongest androgenic steroid available.[citation needed] Similarly, it also poses the greatest risk of side effects of any steroid. Despite very low binding affinity with the androgen receptor, oxymetholone is highly effective in promoting extensive gains in body mass, mostly by greatly improving protein synthesis.[citation needed] For this reason, it is often used by bodybuilders and athletes. Many athletes also use oxymetholone as a method of protection for the joints under heavy loads. Due to the high water retention users experience from this drug, it similarly lubricates the joints and helps protect them from injury. Oxymetholone is widely considered by bodybuilders to have the strongest anabolic effect out of any oral steroid available.