Research on the use of self-administered anabolic androgenic steroids (AAS) to improve physical appearance is sparse and poorly publicized, however some valid & reliable evidence supporting cosmetic use does exist. This section will examine some of the research-based evidence in an effort to dispel many of the media perpetuated myths which foster the continued erroneous belief that steroids are primarily used by athletes for performance enhancement. It will also discuss: the fundamental reasons behind using AAS for vanity-oriented purposes; the addiction-related reasons why permanently discontinuing steroid use can be difficult and; the often undisclosed truths about many of the REAL risk factors that can be incurred. The following is a small informational component of a larger educational website designed to raise awareness. More specifically, it is NOT intended to encourage readers to take AAS for cosmetic purposes, but rather to equip them with the truth behind the recreational taking of anabolic steroids.

Of the 500 AAS users who participated in the survey 78.4% (392/500) were non-competitive bodybuilders and non-athletes

In one 2006 study with the expressed purpose of identifying current trends in the drug-taking habits of AAS users, researchers fielded an anonymous self-administered questionnaire (posted on the message boards/forums of popular AAS internet websites) in which 59.6% (298/500) of the respondents reported using at least 1000 mg of testosterone or its equivalent per week. The majority (99.2%) of these AAS users (496/500) self-administered injectable AAS formulations, of whom twenty 25% admitted to the supplemental use of growth hormone and insulin for enhanced anabolic effect.[4] This survey revealed several trends in recreational AAS use, these results supported previously documented evidence by finding nearly four out of every five AAS users to be non-athletes who take these drugs strictly for cosmetic reasons.[1][2][7] But what fuels the desire to ingest, rub on, or inject high quantities of AAS? 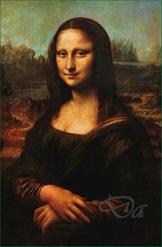 It’s no secret that society places a premium on physical beauty (facial & form), as clearly reflected by the exponential growth of such beauty-related industries as cosmetics, hair care, skin tanning, surgical enhancement, and the ever increasing market for AAS. Decades of employment studies have proven that physically attractive job candidates with the exact same qualifications as less attractive ones are more likely to be hired (Shahani-Denning, Comila 2003; Watkins, L. M. & Johnston, L., 2000), and according to CBS News, Americans spent approximately $48-billion on beauty products alone in 2005.[16] In light of these facts, can there be any wonder as to why one of the most reported reasons for the use of non-prescribed anabolic steroids of any kind is quite simply aesthetics? 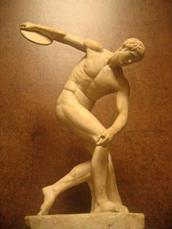 Rather than belabor the traditional ‘steroids are taken for getting big, strong and attractive’ point, the discussion here will be attempt to delve deeper into the psyche of steroid users. Although a rather basic concept, AAS use for aesthetics, i.e. physical improvement, increased sexual attractiveness, enhanced masculinity or femininity (better pronounced curves and lines) actually encompasses two separate but interconnected areas: 1) self image, more specifically the inward perception of one’s outward body image and; 2) a very literal psychological addiction that manifests itself as a craving for the continued attention that often accompanies bodily changing behaviors (exercise, dieting or starvation; vomiting, binging & purging) and/or the supporting drugs that facilitate these changes including anabolic steroids.

The majority of AAS users have been described as suffering from a sense of poor self image, specifically, an altered and negative perception of body image. This misperception is often the root cause of psychopathology - the manifestation of a mental or behavioral disorder.[9] Such a diagnosis puts the majority AAS users in league with similar distorted perception entrenched classes like anorexics and bulimics. Their shared idolization of an unrealistically ideal muscular male or slender female body, puts individuals (some more so than others) at risk for creating negative self images which foster unhealthy eating & exercise habits. Drugs usage is the natural progression of such conditions, as individuals resort to drug-taking in order to counteract poor body perception, thereby exerting some sense of control over their situations. The drugs selected reflect the respective conditions and include a variety of both controlled and over-the-counter appetite suppressants or stimulants, diuretics, fat-burners, AAS and many ancillary products and chemicals like testosterone boosters, prohormones, and thyroid medications.

There is a major misconception surrounding the notion of simplicity in addiction, or the idea that certain substances are all by themselves either addictive or non-addictive. This belief that a drug can captivate an unwary victim is an idea that was widely popularized in the 1936 film Reefer Madness. In the movie, it took just a few puffs of marijuana to turn a gentleman into a slobbering dope fiend; his health shattered; his life ruined. While such heavy-handed propaganda is less subscribed today, the fact remains that most people still believe the basic message – ‘Just say no or you'll wind up hooked’. What makes this truly odd is that, according to numerous national surveys, most Americans have tried marijuana and didn't become dope fiends.[11] Nevertheless, remnants of these types of globally prehistoric generalizations have managed to persist, like the now infamously popular ‘Roid Rage’, a so-called-condition during which AAS users are seemingly incapable of controlling their own allegedly chemically-induced aggressive behaviors. Of course addictive drugs function in precisely the way described here, but what of those drugs like marijuana that aren’t inherently (by virtue of their interaction with the brain’s biochemistry) addictive, drugs like steroids? In other words, can a person actually become somehow addicted to otherwise non-habit forming chemical compounds such as anabolic steroids? 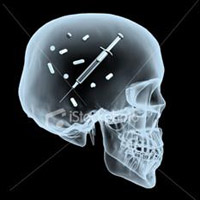 Again, simplicity is the enemy, as there’s a lot more to the underpinnings of addiction than mere habit-forming chemicals. Addiction can be influenced by variety of both internal and external factors, for example physiological predispositions, i.e. hereditarily genetic tendencies. Research has conclusively demonstrated that familial transmission of alcoholism risk is at least in part genetic (nature – what one is born with) and not merely the result of family environment (nurture – modeling and instruction).[11] A singular initial drug exposure is all that’s required to trigger pre-programmed addictive sequences within the brain. This is not mere conjecture, but rather hard research-based evidence -- “ Even from the first drink, individuals differ substantially in their [metabolic & behavioral] response to alcohol.”[12][3] There’s also what’s been coined ‘Psychological Addiction’[14], a condition indicative of happens during compulsive shopping, hoarding, eating, gambling, etc. The Mayo Clinic describes these compulsions as uncontrollable urges to continue behaviors despite the tolls they take on one’s life. Psychological addicts crave the high, which although not chemically-induced, is very similar with regard to the brain’s responsiveness.

Can they be easily purchased?

Do they have strong appeal?

But should they be used? Hmmm?!

Anyone pondering this question in light of the above information should pause to take a serious look not at the customary laundry list of media scare tactic side effects, but at the much shorter and far more truthful list of physiological problems that can REALLY occur from prolonged AAS use:

Steroids don’t discriminate; they can wreak havoc in the lives of both Average Joe gym-goers as well as within those of the rich and famous. Sadly, the general public rarely gets to hear the TRUE LIFE STORIES from either of these groups of people, but here’s one such case. At one time Jose Canseco was the absolute best hitter, and arguably the best player in Major League Baseball (MLB), but prior to that he was a minor league nobody. Canseco’s rags to riches story has been well documented and won’t be revisited here, but suffice to say he made a sudden and dramatic turn around in the minor leagues after he began taking steroids, a change that got him both noticed and swiftly moved up the majors. He made is professional debut at the end of the summer on September 2, 1985, and played in only 29 late season games but tallied 5 home runs (HRs) and 13 runs batted in (RBIs). The following year, during his first full season of MLB play, he returned 33 HRs and 117 RBIs. Steroid use wasn’t a problem back then, thus these events predated the US Anabolic Steroid Control Acts , as well as the bans now present in nearly all professional sports. The amiable Canseco openly shared his secret with others, and even personally injected some future MLB HR hitting leaders. He later became known as the former baseball superstar who blew the whistle on the game's steroid scandal (after AAS were banned from league use), and the rest is a matter of public record. However, what most people don’t know and there are a plethora of the aforementioned true life stories, is that Jose (and many like him) used steroids for the over 24 years. Recently (Fall of 2008), he made a conscious decision to get and stay clean, but was terrified by the possibilities of what could happen during the process. There have been no medically documented cases (to date) of someone completely quitting steroids after using them for so long, and doctors expressed different opinions about what Jose would go through both physically and mentally. The Arts & Entertainment cable network aired the documentary entitled ‘Jose Canseco: Last Shot’ so that viewers could watch Jose play guinea pig as he attempted to end his long-time addiction to AAS. http://www.aetv.com/listings/episode_details.do?episodeid=369154 In this documentary Jose Canseco experienced every side effect on the above list, and some to a very painful (even to watch) degree. There are as many diverse viewpoints on Jose and the decisions he made, especially with regard to whistle-blowing, as there are people who’re acquainted with him. Nevertheless, any honest reviewer (for or against) has to admit that he certainly: made the best of his situation; never lied about what he did and; continued (very publicly) trying to make a difference, right down to displaying his struggle to free himself from a very real psychological addiction to the same drugs that ironically made him both famous and infamous.

Many long-time users, upon realizing the damage done to their bodies, become angry and bitter at never having been warned. However, like Jose they eventually come to accept consequences of their decisions and try to spread the word in a valiant effort to spare others the same fate. These people generally try to speak of AAS usage in very relatable terms, often equating their experiences with it to that of a bad romantic relationship: “There are highs and lows, benefits and consequences, pros and cons. It continues, and continues until one day it’s hard to believe just how long it’s been going on, but you just can’t break it off.” So profoundly linked to AAS use is the self/body image, that Parkinson and Evans found awareness of the psychological reasons for use to be the first and most important step in any attempt at discontinuation and recovery (quitting, counseling, medical treatment, etc.).[4] Ultimately the decision to use or discontinue steroids, like the decision to do (or not to do) anything in life, rests with the individual. Unfortunately, it seems that ending relationships with people and steroids, is often less of an easy band-aid pull and more of a difficult process.