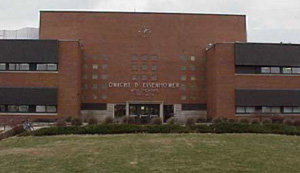 A school is defined as an institution of learning, a place where one receives instruction in academic disciplines and experience in multi-cultural and interpersonal socialization, but recently this definition has expanded to include the unsanctioned acquisition and use of anabolic androgenic steroids (AAS). These drugs have infiltrated high schools of all demographics (types, sizes, races, cultures, locations and economic classes). This section will outline the scope of the problem as well as identify the direction in which it is going (better or worse). It will also examine some of the fundamental truths behind AAS in schools such as how these drugs are obtained, the signs associated with teen steroid use, and what can/is being done about this problem. The following is a small informational component of a larger educational website designed to raise awareness. More specifically, it is NOT intended to encourage readers to take AAS, but rather to equip them with the truth behind the very real presence of anabolic steroids in schools.

The cafeteria, study hall, sports, driver's license, dating, prom and graduation are all hallmark high school memories, but for some students (both athletes and non-athletes) the initial exposure to and experimentation with steroids has become the latest addition. Although there are no specific studies that measure the media's affect on school aged children, the influential nature of the teenage mind has been well documented. Consequently, one has to wonder if the student-athlete viewing the very public steroid busts of professional sports stars of thinks said busts as deterrents or enticements, i.e. a way to enhance the odds of making the pros themselves. Do non-athletes witnessing the seemingly endless stream of often overstated steroid media coverage see it as stigmatic, or does its ability to increase one's sexual attractiveness outweigh the media hyped negatives? Humph?! Relatively speaking, in comparison to other recreational drugs, steroid usage among teens is not a major problem. As a matter of fact, according recent statistics, steroid use among school age children from 8th to 12th grade is actually on the decline. According to the latest 2008 University of Michigan Monitoring the Future studies of 8th, 10th and 12th graders, the percentage of 8th graders who reported using steroids at least once in their lives went from a high of 3.0% in 2000 down to 1.4% in 2008. Among 10th graders, the figure went from 3.5% in 2000 down to 3.0% in 2003, then down to 2.0% in 2005, down to 1.8% in 2007, and now down to 1.4% in 2008. Among 12th graders, the decrease was from a high of 4.0% in 2002, to 3.5% in 2003, to 3.4% in 2004, and now dramatically down to 2.2% in 2007 and 2008. By comparison in 2008, nearly three times as many 12th graders have used ecstasy (6.2%), over three times as many have used cocaine (7.2%) or hallucinogens (8.7%), nearly five times as many have used amphetamines (10.5%), and a whopping 54.7% have been drunk. Fully 18% of our 8th graders have abused alcohol to intoxication, and more than twice as many 8th graders have used cocaine (3.0%) over steroids. These statistics are not intended to minimize in any way the societal problem presented by teen steroid abuse. However, it's dishonest for self-serving professional alarmists and sensationalistic journalists to create unfounded hysteria.[6][8]

Similar to the health club phenomenon, schools breed comfort and the requisite closeness necessary for selling and distributing AAS. Traditionally, by the time school-aged children become interested in steroids they've already spent several years growing up together, attending each other's birthday parties & sleepovers, playing on peewee teams, and going through several years of schooling. Pardon the pun, but this relationship is like the gym-goer one on, well, on steroids. These kids already know each other, their siblings, parents, and often even extended family members.

A few years ago, an NBC Action News investigation delved into steroid use in metro high schools and college campuses. This undercover investigation showed just how easy it is for students to buy what's referred to on the streets as “roids” or “juice.” The investigation also surveyed dozens of athletes from metro high schools, thirty-three percent of whom said they know someone who has at least tried steroids. 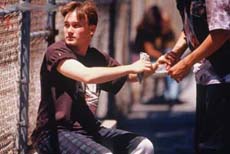 An undercover source exclaimed, "Getting steroids in college and [high] school is like going to Wal-Mart. You can basically get them anywhere”. The latest survey results from the Kansas Department of Social and Rehabilitation Services show that even quiet suburban areas, like Johnson County, are not immune to the temptations of steroids. Out of the 9,083 Johnson County high school students who took the 2008 survey, 77 students admitted to taking steroids at least once. Although that averages out to a meager four students per high school, considering the fact that such self-reports are notoriously underrepresented, it illustrates how even the most rural sheltered communities have become infiltrated by AAS.[11]

Most reports put school steroids in the hands of athletes who sell and circulate them throughout the student body, but (like recreational gym-goers) non-athletes are just as likely to possess and dispense these drugs. Okay, so steroids are in schools, but where are these illegal locker- and classroom entrepreneurs getting their supplies? The likeliest and most convenient way for students to purchase AAS is from the comfort of their own home, via the World Wide Web. The web makes these products readily available to anyone capable of logging on & arranging payment, and improves upon the gym resource by adding anonymity to the equation. The ‘Black Market' (BM) is the illegal underground production and sells of goods and services. Make no mistake about it, at least with regard to AAS, the Internet is the primary avenue for the Black Market. An online search for steroids yields an unending plethora of websites, all promising the genuine article. So if valid online sources exist, how does one locate a real AAS website? The most effective way to find authentic steroid selling sites is to connect with users who are already customers of said sites, and this is best done by becoming a member of the major steroid forum. The web boasts a bevy of free, high-powered steroid forums that welcome hosts of new members daily. These forums provide not only all the information necessary to effectively use AAS, but after establishing oneself as a regular member which often amounts to spending time contributing to and socializing with the community, they provide valid and reliable AAS resources as well.

Aside from the obvious sudden or progressive increases in muscle size, there a number of both overt and covert signs that a teen may exhibit when using AAS. These negative side effects, or changes experienced by the mind and body of a user, basically fit into three categories:

Physical and physiological changes are typically the most pronounced short-term symptoms as they are not easily concealed by the novice user and include:

Personality and psychiatric changes often happen suddenly and without visible triggers or reasons such as:

Social changes may be mistaken for natural teenage distancing or independence including:

WHAT CAN BE AND IS BEING DONE?

On The Home Front

How can illicit drug use, like that of steroids in teens, be prevented or at least curtailed from a practical standpoint? Parents talking to kids about the illegality (consequences of possession & distribution), and personal parental feelings toward drug use can go a long way toward prevention. Once there's a problem, and one or more friends are involved (as is often the case), then there is a built-in negative peer pressure issue as well. Parents are then faced with a dilemma of simultaneously managing both the problem behavior and the external pressure from friends. While an unenviable parenting task to say the least, these issues can be handled together. Some parents may elect to secure external assistance in the form of a licensed professional for independent, family, or group therapy. Denise Witmer offers some applicable tips from her work ‘What to Do When Your Teen Is Being Influenced by Negative Peer Pressure' [14] that may help:

Talk to your teen. State clearly that you do not have a problem with their friends as people. You understand that that your teen's friends can make mistakes – just like your teen made a mistake. But you do have a problem with the risk-taking behavior and there needs to be a change on your teen's part and on their friend's part in order for you to be comfortable with them hanging out again.

Open up the lines of communication with the other parents. Let them in on what is going on so that there is no miscommunication happening. Keep in mind that everyone has their own perspective, so there is no need to argue any points on who may have done what. Simply let them know that you are an involved parent and you wish to be informed if your teen is mixed up in any more harmful behaviors.

Build an action plan with your teen. Address changing the behaviors that are concerning you in the plan and allow your teen to come up with different options to these behaviors. Learn more about the problem behavior and use your discipline skills as necessary. Limit your teens unsupervised time with the friends that were involved until you feel comfortable to slowly give back more of these privileges. You will need to be more involved with your teen at this time and offer more supervised activities with their friends.

Take caution: don't allow your teen to place all of the blame at their friend's feet. This is an easy out and may be the way to even bigger problems for your teenager down the road. Even if your teen's friend was 90% accountable for the misbehavior, you still need to hold your teen accountable so that he can actively deal with the problem and move on. Part of learning how to make the right choices is learning how to deal with mistakes.

The federal government, has joined various associations and committees to implement specific measures in the prevention of adolescent steroid abuse. The Anabolic Steroid Prevention for Teen Athletes (ATLAS) is a program that provides male, high school athlete, steroid users with peer counseling, factual information and healthy alternatives. ATLAS received the ‘Model Program Award’ from the Center for Substance Abuse Prevention in 2000, and the ‘Exemplary Award from Safe and Drug Free Schools’ in 2001. Surveys have reported a positive impact by ATLAS in the areas of drunk driving, and illicit drug use. Students who participate in the ATLAS program report higher self-esteem, better self-confidence, and greater awareness after completing the program. In 1999 ‘Athletes Targeting Healthy Exercise and Nutrition Alternatives’ (ATHENA) was designed to reduce both the use of drugs and eating disorders in teenage girls.[15]